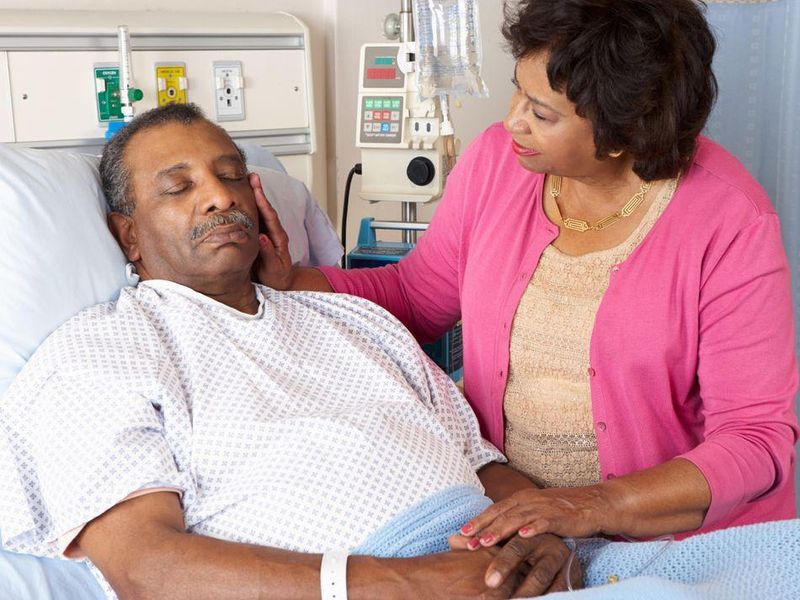 Race-based gaps in health care and health outcomes persist in every region of the United States, a new state-by-state report card shows.

Racial and ethnic disparities woven throughout America and its system of health care mean that people of color are more likely to die younger from preventable illnesses than white people, according to a racial equity scorecard developed by The Commonwealth Fund, a nonprofit health research group.

"We found that health equity does not exist in any state in the U.S., not even in states with historically stronger health systems," said report author David Radley, a senior scientist with The Commonwealth Fund. "In every state, we see that health system performance is markedly worse for people of color compared to white people."

As a result, Black Americans and Native Americans are more likely in most states to die from diabetes complications, breast cancer and other conditions that are treatable with timely access to high-quality health care, the report found.

For the report, the researchers assessed each state based on 24 different indicators of health system performance bunched into three groups: health outcomes; health care access; and quality of health care services.

"In almost every state, health system performance experienced by white people is better than the average performance achieved among people in all groups," Radley said.

The report identified six states with the best health care in the land -- Connecticut, Hawaii, Massachusetts, New York, Oregon and Rhode Island -- but serious racial inequities persisted even in those states.

"Our analysis exposes a range of deep-seated racial and ethnic health care inequities within all 50 states and the District of Columbia," said Dr. David Blumenthal, president of The Commonwealth Fund.

Only in West Virginia, Oklahoma and Mississippi did health care for white people fall below the national average for all groups, the findings showed -- but people of color fared even worse.

"What's notable here is that even though health system performance in each of these states was lower overall, Black, Latino and Native American populations in these states still experienced far worse health care than white people, and in fact saw some of the lowest performance scores for any group in the country," Radley said.

Health care inequities crop up in a number of different ways, all related to different racial groups and the specific challenges they face:

"While it's striking to see how deeply entrenched and damaging these inequities are, it is of course no surprise," said report co-author Dr. Laurie Zephyrin, The Commonwealth Fund's vice president for advancing health equity. "The root causes of these inequities have been in existence for decades -- centuries, even."

Those inequities have a direct impact on health outcomes, the report found.

For example, breast cancer is more likely to be diagnosed at later stages in Black women, when it is harder to treat and more often fatal.

And in nearly all states where data are available, Black and Native Americans are more likely than other racial and ethnic groups to die from complications caused by poorly controlled diabetes.

"It is important to realize that these statistics translate to people, real people experiencing firsthand the impacts of racial inequities on their health, their well-being and their lives," Zephyrin said.

So, how to address these inequities?

A good start would be to ensure universal, affordable and equitable health coverage, through actions like expanding Medicaid.

Twelve states continue to balk over expanding Medicaid under the Affordable Health Act, and people of color bear the brunt of that decision.

"You're not going to see a narrowing of disparities in states like Mississippi unless you provide health insurance coverage for everyone in the state," Zephyrin said.

Steps also need to be taken to strengthen primary care, improve delivery of health care services, and reform medicine to rid it of racial discrimination.

"More than a third of Black and Latinx adults report that they, or household members who have seen a health care professional or have been in the hospital overnight, experience one or more forms of discrimination -- including not being offered the best available treatment, being denied or delayed access to needed health care services, and not being referred to see specialists because of their race, ethnicity or the language that they speak," Zephyrin said.

Finally, communities can help people of color by addressing societal issues that have a direct impact on the everyday things that influence health -- affordable housing, access to healthy food, stable income, and personal safety, Zephyrin said.

"We know these drivers of health impact about 80% of our health outcomes," Zephyrin said.

The Kaiser Family Foundation has more on racial equity in health care.