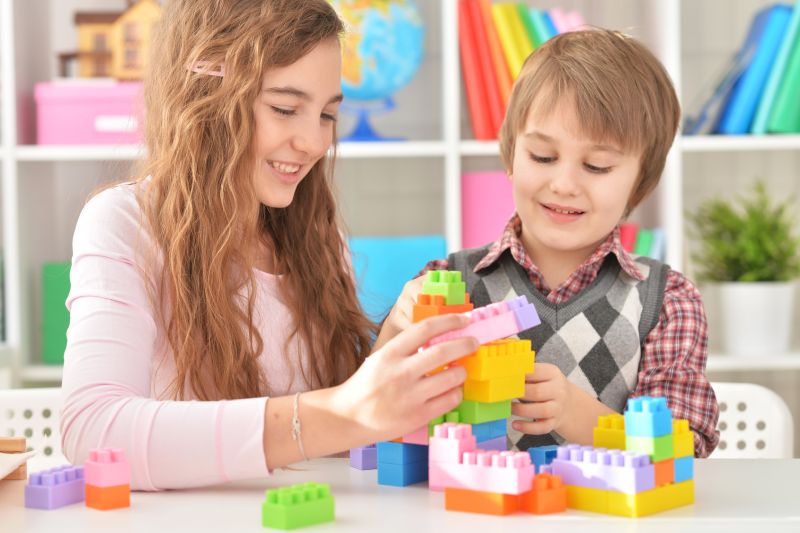 If you're shopping for toys this holiday season, make sure some simple, old-fashioned items are on your list, pediatricians say.

In a new report, the American Academy of Pediatrics (AAP) is making recommendations on the best toys to buy for babies and young children. The bottom line: The traditional beats the digital.

That is, traditional playthings like dolls, cars, blocks and crayons have given way to the virtual -- from games played on mobile devices to talking animals that read stories out loud.

Often, digital-based toys are marketed as "educational," and many parents view them that way, said Mendelsohn, an associate professor of pediatrics and population health at NYU Langone Health, in New York City.

However, he said, while a digital toy might help kids learn a "limited" skill, it's really unconditional playtime that children need.

"Toys are simply props that can be used to help parents and children spend quality time together," Mendelsohn said. It's that human interaction, he stressed, that matters.

Simpler toys can give children more freedom to use their imagination and creativity, practice problem-solving, and learn how to interact with others -- by having to negotiate game "rules," for example, according to the AAP.

Story time is also a big part of that, Mendelsohn noted. "Young children learn the most through interaction with their caregivers, and that includes reading out loud together," he said.

In other words, don't let an electronic bear take over the storytelling duties.

"This is not to say that screen time, in moderation, is harmful," Mendelsohn said. "But those toys should not replace interactions with your children."

He noted that for babies, there's no need for screen time, with the exception of video "chats" with family. The AAP advises against any screen media for children younger than 18 months, and suggests only very limited use between 18 and 24 months -- always with a caregiver playing along.

For children aged 2 to 5, the AAP recommends that parents limit all screen time -- including TV, computers and mobile devices -- to no more than one hour per day.

At this point, the iPad has only been around for about a decade, noted Dr. Dimitri Christakis, director of the Center for Child Health, Behavior and Development at Seattle Children's Research Institute.

That means it's not yet clear what kinds of effects -- good and bad -- electronic devices and apps might have on young kids' development, he said.

But, Christakis said, researchers do know plenty about the importance of human interaction in young children's play.

"The problem with these devices," he said, "is that they're designed to command the user's attention. They're hard to share."

And it's not just "screens" that can be problematic, Christakis added, but also any "electronic gizmo, with lots of bells and whistles."

When it comes to fueling kids' imaginations and helping them build an array of essential skills, "simple is best," he said.

Christakis pointed to a study he conducted among lower-income families with toddlers. Some of the families were randomly assigned to receive toy building blocks, along with suggestions on activities parents and kids could do with the blocks. The other families did not receive the blocks until after the study was over.

In the end, toddlers given the toy blocks at the outset showed greater gains in their language skills.

Why would building blocks affect language development? "It wasn't the blocks," Christakis said. "It was the interaction between parents and children."

When children use toy characters and objects to pretend-play, Mendelsohn said, they learn how to socialize, regulate emotions and build other skills they need in real life.

He and Christakis made another point: Parents need to put down their own devices, too.

If your baby sees that phone constantly in your hand, Christakis said, she'll eventually want it.

Plus, Mendelsohn noted, whatever time you spend mesmerized by your device is time you're not spending with your children.

The report was published online Dec. 3 in the journal Pediatrics.