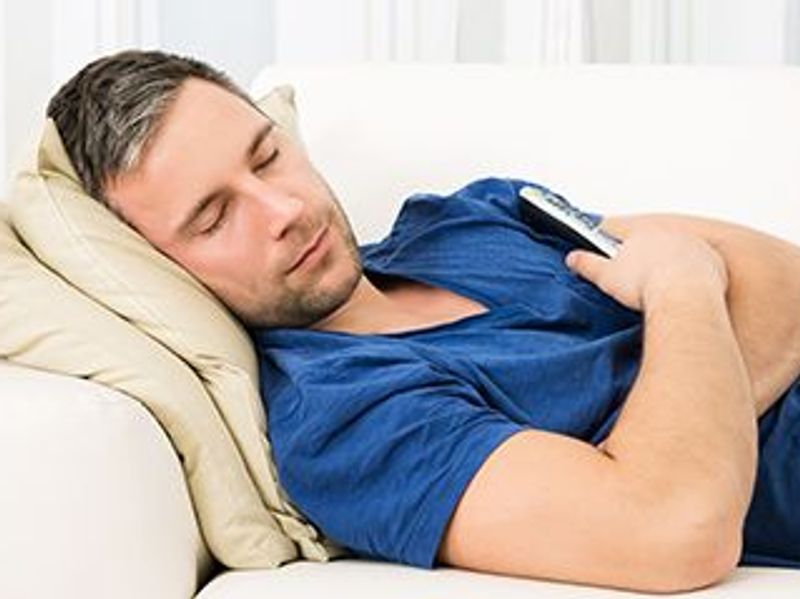 Daytime Napping May Be in Your Genes

If you like to take a snooze in the afternoon, your genes may explain your love of daytime naps, researchers say.

For their study, investigators analyzed data from the UK Biobank, which contains genetic information from nearly 453,000 people who were asked how often they nap during the day.

The genome-wide association study identified 123 regions in the human genome that are associated with daytime napping. Many genes near or at those regions are known to play a role in sleep.

A subset of participants wore activity monitors that provided data about daytime inactivity, which can be an indicator of napping. That data suggested that the participants' self-reported information about napping was accurate, according to the researchers.

"That gave an extra layer of confidence that what we found is real and not an artifact," said study co-lead author Hassan Saeed Dashti, from the Center for Genomic Medicine at Massachusetts General Hospital in Boston.

The researchers also replicated their findings in an analysis of genetic data from more than 541,000 people collected by the consumer genetic-testing company 23andMe.

The findings show "that daytime napping is biologically driven, and not just an environmental or behavioral choice," Dashti said in a hospital news release.

Several gene variants linked to napping are associated with signaling by a neuropeptide called orexin, which plays a role in wakefulness, according to study co-lead author Iyas Daghlas, a medical student at Harvard Medical School.

"This pathway is known to be involved in rare sleep disorders like narcolepsy, but our findings show that smaller perturbations in the pathway can explain why some people nap more than others," Daghlas said.

Some of those gene variants also have a connection with heart health risk factors, such as a large waist circumference and elevated blood pressure. But more research on those links is needed, according to the report published Feb. 10 in the journal Nature Communications.

The researchers also identified at least three possible factors associated with daytime napping: Some people need more sleep than others; people who wake up early may need to catch up on their sleep with a nap; and daytime naps can make up for poor quality sleep the previous night.

According to co-senior author Marta Garaulet, from the department of physiology at the University of Murcia, in Spain, "Future work may help to develop personalized recommendations for siesta."

The Sleep Foundation has more on napping.